How to replace KTM kickstand pad

In our opinion, the MOST inferior part of any stock KTM is the OEM KTM kickstand.  It really blows our minds that they can make every other component on the motorcycle amazing and best in class but they cannot get the dang kickstand to work right.  Besides the overall poor function of the kickstand, the kickstand pad is also small and insignificant.  Also, when you put fatter, taller tires (such as the Goldentyre fatty) on  your enduro bike it raises the height of the bike which causes even more of a dramatic lean angle on your kickstand.

Now you will need to heat up the shaft of the kickstand with a butane torch.  Heat up the kickstand down by the kickstand pad using caution to not burn or melt the old pad.  Once you have heated it you can start to pull on the screw with some vice grips or bang on it with a rubber mallet.  The pad should start coming out of the shaft.  Repeat until you have fully removed the pad from the kickstand. 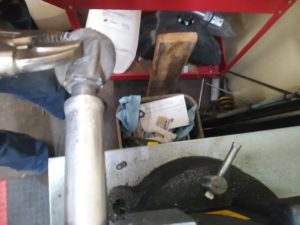 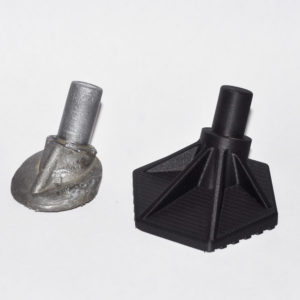 It has a much larger footprint than stock KTM pads and does not sink into the soft soil as easily.  Plus you can get one with a taller height!  Why?  because when you put Goldentyre Fattys on your bike it raises the height and in some instances makes the lean angle too much for your kickstand.  Voila!  we addressed that issue as well.