Lectron Carb Review – Written by Singletrack Slayerz exclusively for Mototerre.com
Quick intro, I am mainly a woods and enduro rider.  Single track is my choice and I love if there are fallen tree’s to hop over or rock ledges to climb.
After riding my 2011 200xcw (which I love) for a season I decided I wanted some more lugging power & the magic red button would be nice too. I researched bikes for about 2 months, decided to step it up & get the new Husqvarna TX 300. Online reviews & articles, along with the low weight, AER forks & KTM build quality was ultimately how I made my decision to get the Husqvarna. I chose the Husqvarna over the KTM simply because I am swedish and we tend to wave our flag when we can.
After picking the bike up, I went straight to Mototerre Offroad to get all the parts needed to customize the bike to my needs & liking. Mototerre.com carries almost all the parts in stock that I needed. Mostly just protection for the bike since I tend to beat on them pretty good. At the time, I had read that the TX’s had some carb issues but had no plans to upgrade the carb other than just tuning the stock Mikuni.
Day after I got the bike home, it was time for initial start up & test ride down my gravel road. Bike wouldn’t fire over, ugh, starter was doing its job, the bike just wasn’t firing. Changed it to map 2 on the bar & pulled the choke up, the bike started but was not running so great. I let the bike warm up and it sounded better, so I decided to head down my road to do a low speed test. Basically, low speed throttle blipping with immediate stops, over and over, to see how the bike felt. It was bogging on throttle at first but then that seemed to clear out. I turned around to head home & decided to open up the throttle a little more, 2nd gear, bike just bogged, no power at all, reminded me when my float got stuck open on my 200xcw last year. Sure enough, as I pull into my shop I notice that the bike is puking out fuel through one of the drain hoses. For a brand new, very expensive, top-of-the-line bike, this was a disappointment. I wasn’t even expecting perfection, but to not even run right at all was disappointing.
Mototerre suggested I give the Lectron 38HV a chance. Now, im going to be honest with you guys, I have read mixed reviews about the Lectron, so I had no expectations using it, I simply wanted to make the bike run right. The added bonus of not having to re-jet the bike when going up or down in elevation was a huge bonus for me, and if we could get better mileage out of the tank that would also be huge. Top end power is not as important to me, I like a smooth power delivery.
So I pulled the trigger on the Lectron, mainly because I knew Mototerre would support me if I had any issues. 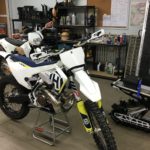 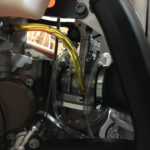 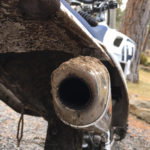 Install went smooth. Took a couple hours to install because the kit includes putting together a new throttle assembly, and you have to loosen up the sub frame to get the carb out of the bike. I would rate the install as fairly straight forward & easy for any rider that does their own bike maintenance.
Lectron is on, no other changes to the bike. Float bowl filled up nicely. The bike fired up on first try, it was coughing & gurgling a bit but it was running, phew! I didn’t even need to pull the choke this time. On throttle blip it was hesitating a bit. Im not sure why, but I decided to lean the power valve a half turn & also raised the idle a touch (I will circle back to this). Fired the bike up again, it fired up real nice this time, immediate & crisp. Decided to test ride it down the street, and man did it feel good this time. Just throttle blipping it down the street, not really getting on it (we got lots of kids on our road). My happy face was on.
Ride #1: First real shake-down ride, Lectron was the last of my worries, bike ran great, no spooge & plenty of fuel left in the tank. We figured out that I should probably never have touched my power valve as that adjustment does nothing for start ups & throttle blipping. The bike ran fine though that day, but to be safe, I turned the power valve back to the manufacturers setting. So, basically the Lectron is the way it came from the factory.
Ride #2:  Cold day, went up in elevation quite a bit, not sure exactly how much though. Im now sold on the Lectron, it worked great during the whole ride. Smooth power delivery across the range. Fuel range seems excellent too, I cant imagine running out of fuel anytime soon. No spooge out of the pipe.
PROS:
Easy set up
Tune it once & forget it
Great fuel mileage
Buttery smooth power
Excellent customer support
CONS:
Choke is hard to reach
Price can be a concern for some 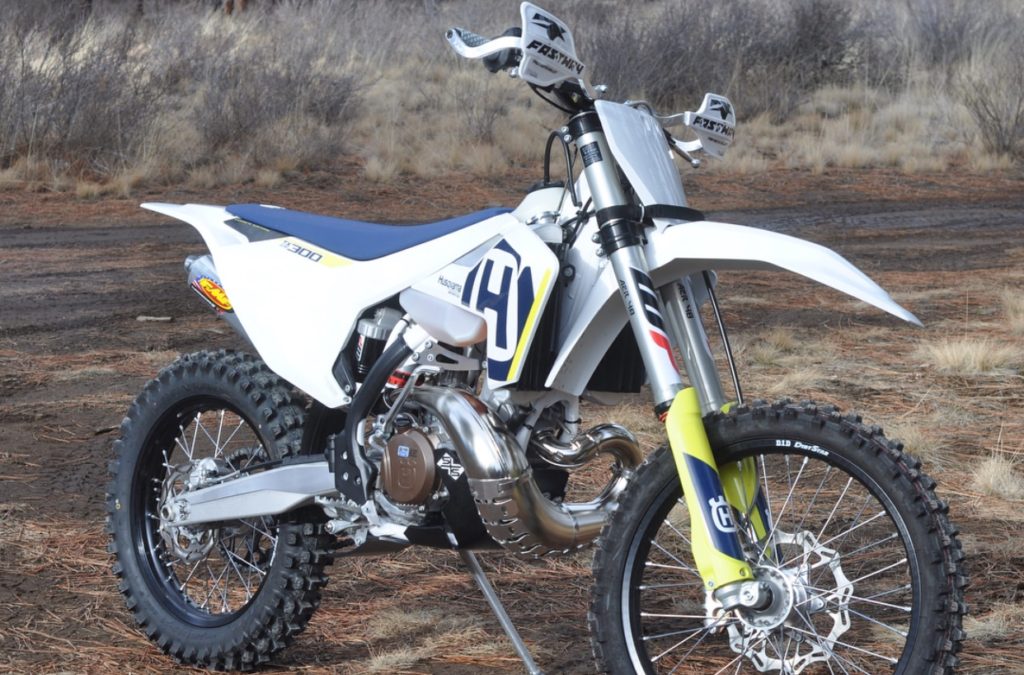