In early summer of 2016, I found myself infatuated with the idea of moto-camping. That infatuation led to my discovery of a 5,500 mile route stretching from the North Carolina coast all the way to the Oregon coast. A “trail” route called the Trans-America Trail (TAT). I spent the next few months scouring online forums, ride reports, and any other piece of information I could find on this route. At first it was just a dream, or a bucket list ride that I may, or may not, ever live to see.

After a few weeks of day dreaming in the office about this bucket list item, I had a moment of clarity. Why does it have to be a “one day” fantasy? Why couldn’t this happen? That’s when I decided, July of 2017 I was doing the Trans-America Trail.

I had a year to prepare and find someone who was crazy enough to do it with me. Asking many of my close moto buds, I got shot down and resorted to social media to find someone. I made a post on Facebook and shortly after was introduced to Lee Roberts. Lee was living in Asheville at the time and had plans to move to Colorado after his graduation in 2017, so it was easy for him to justify this trip as a perfect graduation present to himself.

My initial thoughts were to find a KLR/DR 650 for the trail and outfit it with the appropriate gear, but then it hit me. I had a fire breathing, ground shaking, Baja winning, Honda XR650R at my disposal. Why would I abandon a perfectly capable machine for a heavier, less fun machine? I spent the next 8 months rebuilding the XRR from top to bottom (literally) and equipping it with gear. My saddle bags were the Giant Loop Mojavi bags coupled with a Man Racks custom luggage rack. The next vital piece of gear was my Wolfman tank bag. Everything else was a mixture of your typical ADV gear with many, many dry bags. 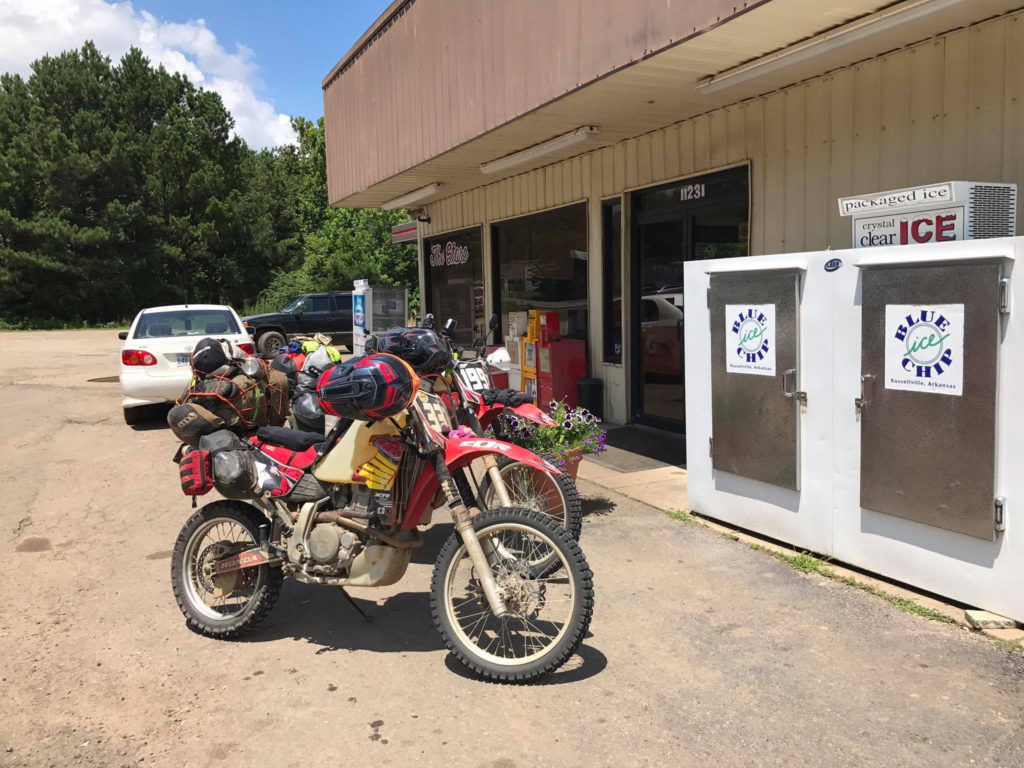 Fast forward through many test runs, trials, errors, and many sleepless nights, it was July 1st, 2017. All of our preparation led us to our departure from the foothills of North Carolina. We spent the next 21 days on the trail having what I would consider, the best experience of my life so far. I could write enough to put anyone who has made it this far to sleep, but I’m going to condense it down to my 3 most memorable moments.

Without a doubt some of my favorite riding was spent in Colorado. Riding the TAT was the furthest west of the Mississippi river I had ever been and seeing the Rocky Mountains was incredible to me. The highest elevation I’m used to experiencing is ~6,000’ in the Appalachians, so being at ~14,000’ was unbelievable to be. The XRR was also feeling the lack of oxygen since it ran like a 125 two stroke. With each climb I had to ring its neck to keep the power to the ground, but I managed to make it through without having to re-jet the carbs.

Imogene pass was probably the epiphany for me that I was here, in the moment, living out the Trans America Trail. Looking down through the pass as the partially snow-covered hills and being able to see for miles upon miles of landscape was a moment of bliss and one that I will never forget. 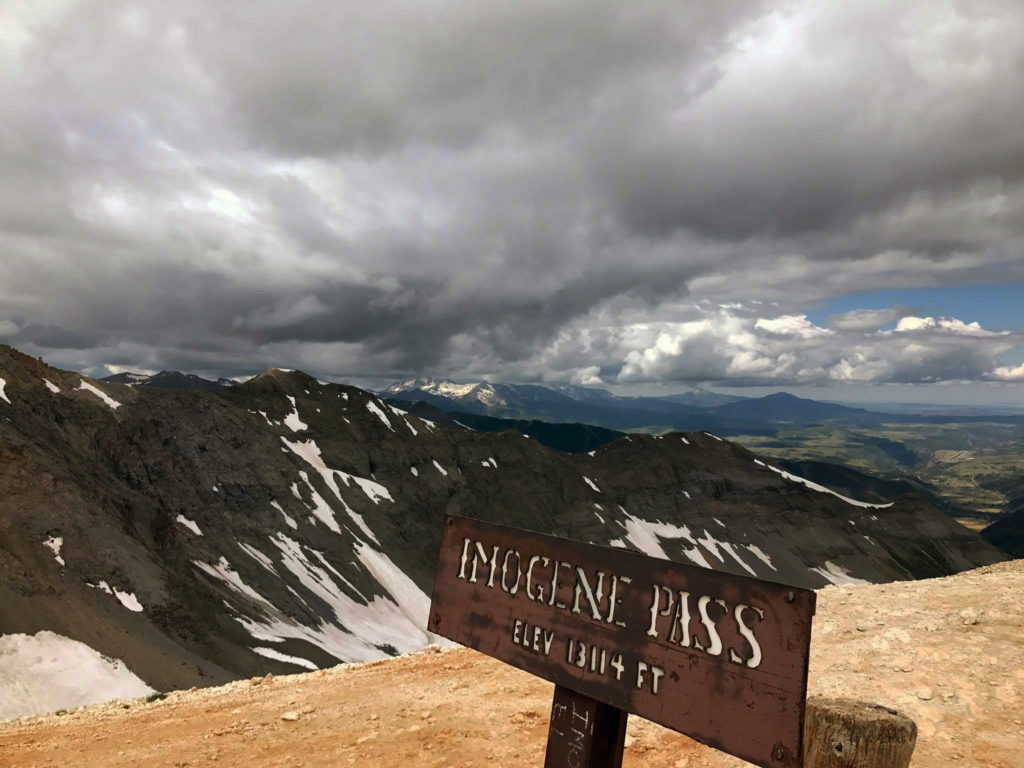 Being born and raised in the Appalachians, I’m no stranger to hillbillies or your other run of the mill red-neck, small town tom foolery, but parts of the TAT in Arkansas are nothing short of bizarre. One mid-morning we rolled into a small town after crossing through the Ozark mountains and landed at a tiny gas station in a one-horse town for breakfast. This was nothing out of the ordinary, but the patrons certainly were. The best way for me to describe the shoeless, toothless guy that sat in one of the two booths as you enter the door, is Captain Spaulding from Rob Zombie’s film, The Devil’s Rejects (without the make-up of course). This guy just reeked of trouble.

We sat down in the booth behind him and had our breakfast from their grill, which was actually on point! Our entire time spent there was spent looking at one another, wide-eyed with each thinly veiled, racist comment that came out of our clown friend’s mouth to other locals loitering at the gas station. We were relieved to make it out of that gas station without being hung up to cure in someone’s barn. That entire stop just left us with a very warped atmosphere that just seemed to linger around for a good part of that day.

All in all, Arkansas was beautiful geographically, but a bit twisted in other ways.

Aside from being the final destination state, Oregon was some of the fastest and most enjoyable riding I had. These were the first trails we experienced where we could hammer down on the bikes without worrying about bouncing too much of our luggage off. It felt like we were racing to the finish with each winding trail through silt like dust, zipping by the scent of pine trees. We may have gotten a bit too complacent with our risk taking since we knew our trip was almost over, but it paid off. 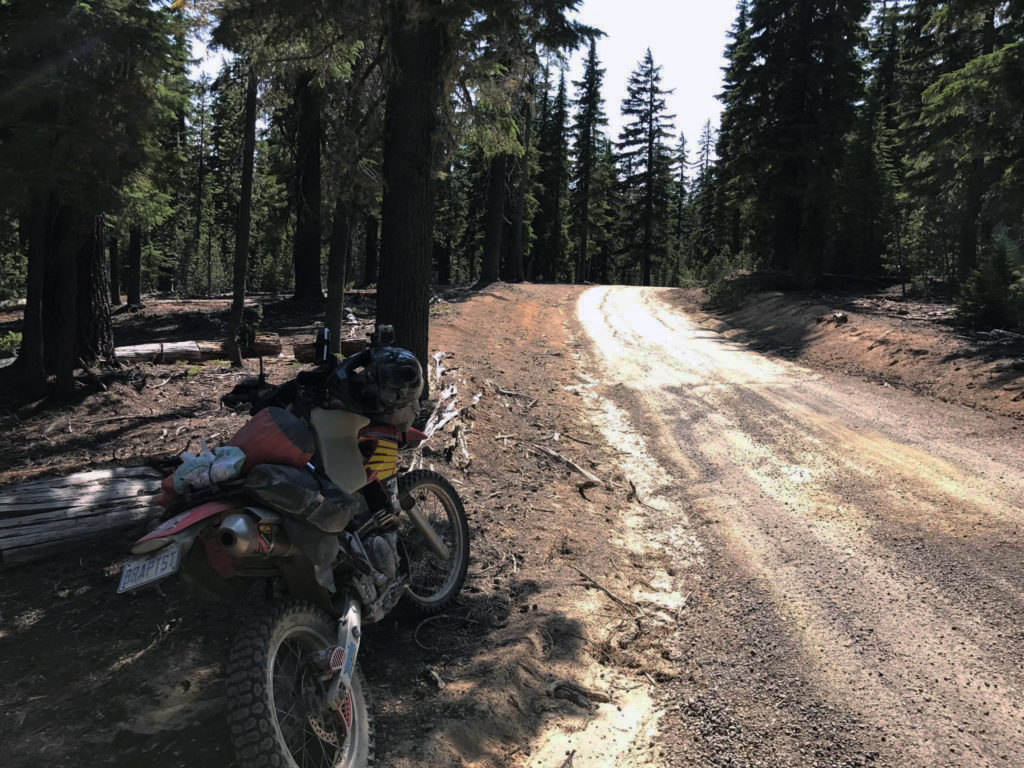 The Trans America Trail was the best experience I have ever had on a motorcycle. My advice to anyone who is considering doing a trip like this “one day” is to stop lying to yourself. “One day” is not on the calendar. If you really want to experience a trip like this, you’ll set a date and start putting your plan into action.

I spent the end of each day’s ride doing a ride recap and sharing it to our Facebook page. All of those posts are still out there and archived for anyone that would like to read more about the adventure. You’re also welcome to reach out to me directly if you’re considering it and have questions or maybe just looking for some persuasion! 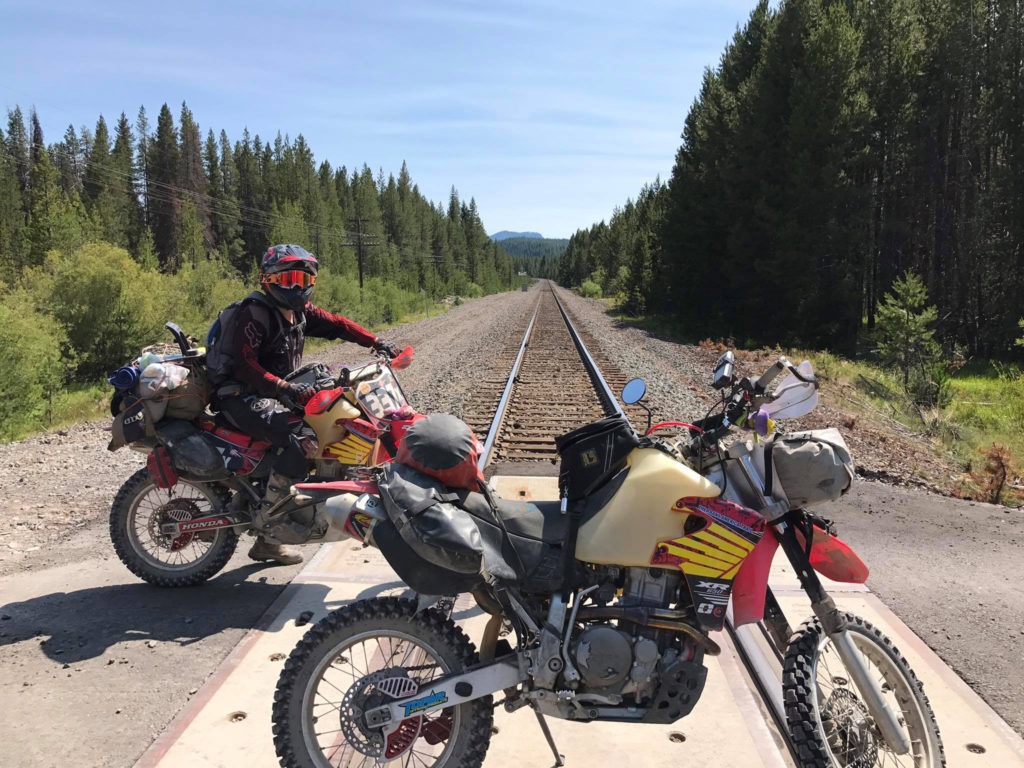 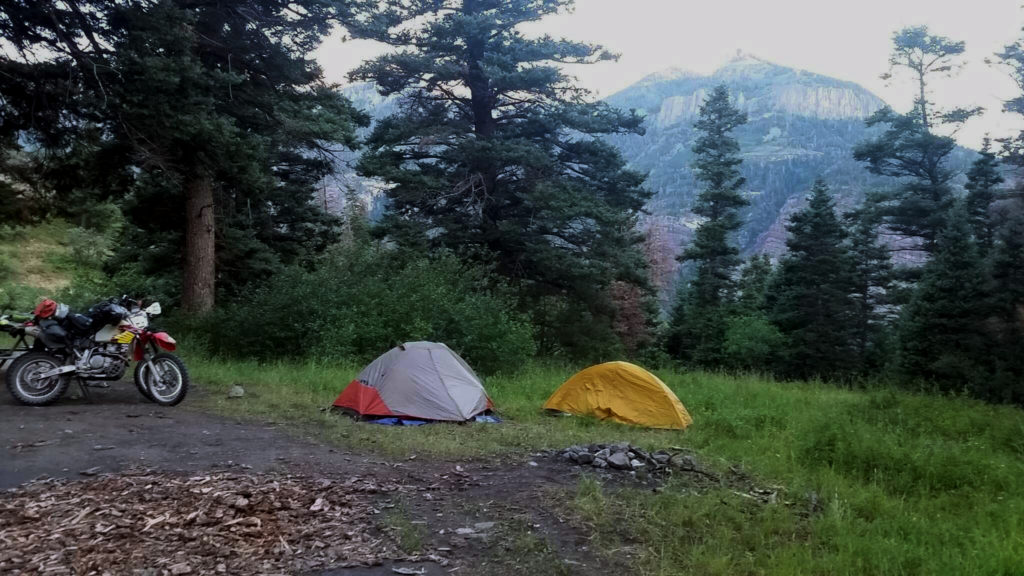 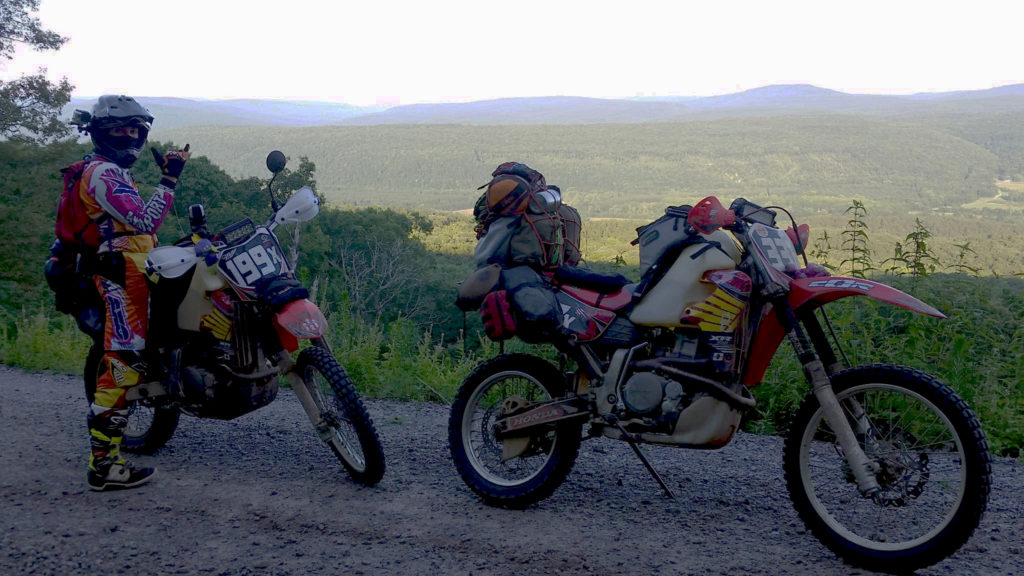 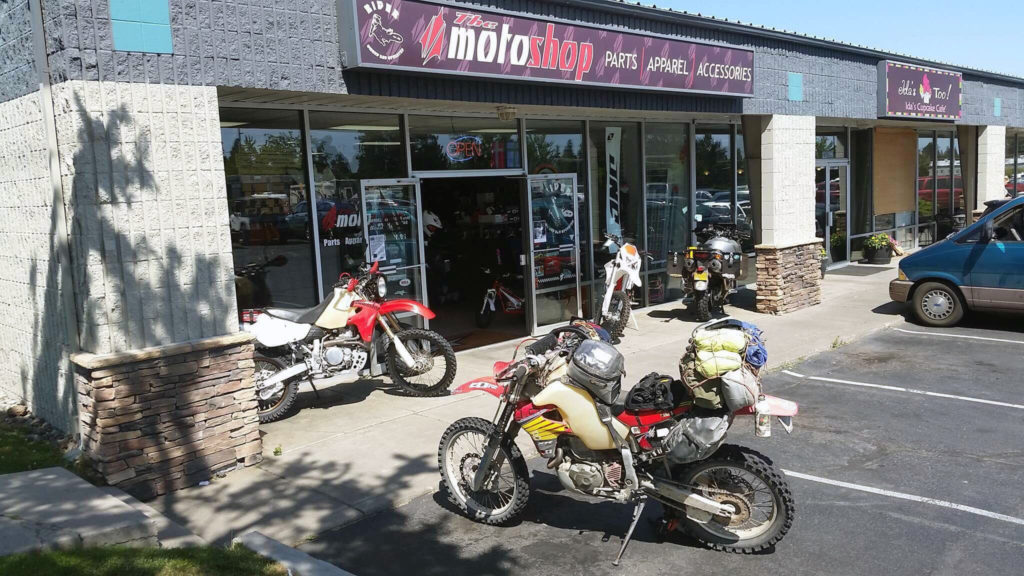