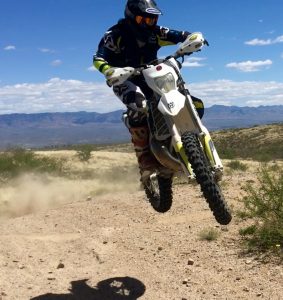 Mototerre.com – Why did you choose the Husky 300?
Dante – I chose the Husky 300 because I was tired of the hassle and expense associated with adjusting the valves on a 4 stroke. For the type of riding I was getting into the 2 stroke made it easier where the 4 stroke felt like it was trying to rip itself out of my grip and the 2 stroke would stall less often. I also have a sentimental attachment to the Huskies since I grew up watching my grandfather race them and I remember climbing all over his dirtbike and drooling.

Mototerre.com – How long have you had your Husky 300?
Dante – I bought my bike new in October 2015 as a selfish birthday present

Mototerre.com – Is there anything you do not like about it?
Dante – The bike definitely has a lot of vibration coming through the handlebars. The steep head tube angle required me to install a steering stabilizer, which I never needed on my YZ450. And the white plastics get dirty really quick.

Mototerre.com – Where is your favorite place to ride your 300?
Dante – So far my favorite place that I have ridden my bike is the high county singletrack in Colorado by Crested Butte. Nothing makes this AZ boy happier, than to smash snow banks in the middle of summer at 10,000 feet! 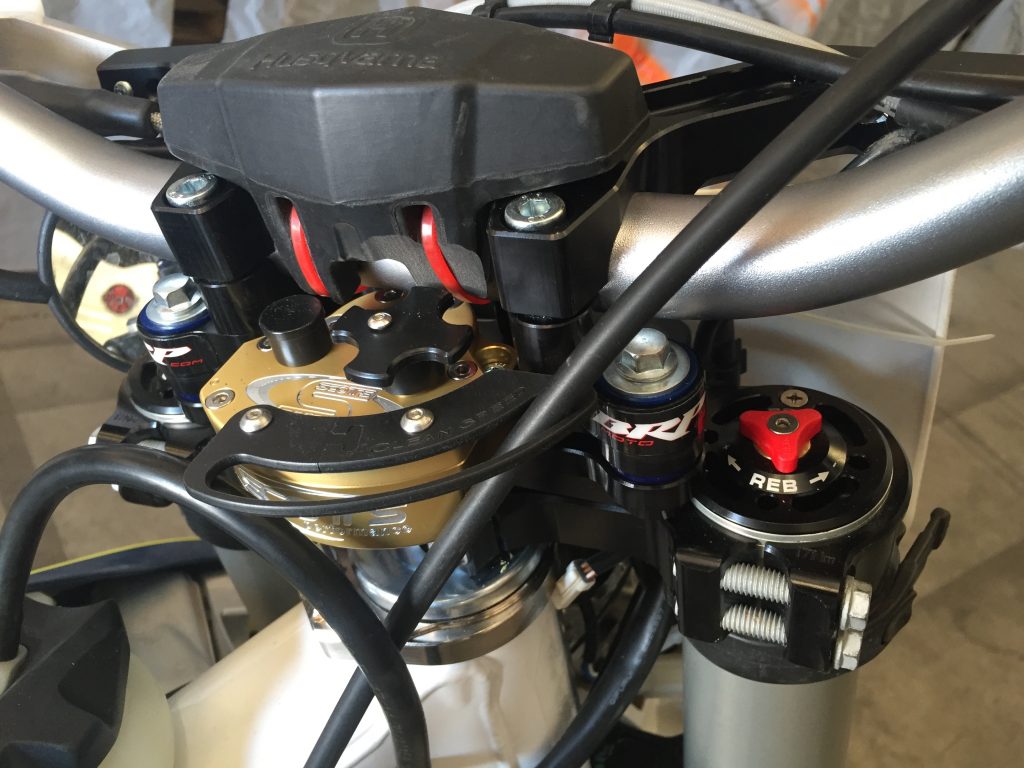